We've gone to the dogs

Elke is settling in nicely. Last night when Jim and Eileen came to play cards she barked at him. Not sure what that was about but she did it when he left too. Maybe she was saying, since he brought her here, "NO, I'm not leaving here yet!" - who knows. 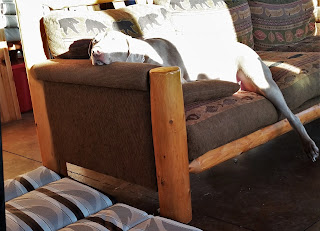 The crazy weather continues and the wind never stops. Day before yesterday while I was out getting wood into the stove it was sprinkling and quickly turned to hail. Crazy! 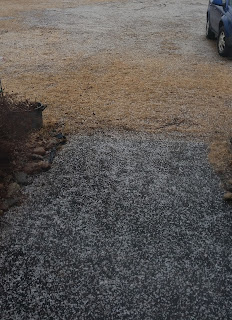 Yesterday Grace had her surgery to have her ear tubes removed. For whatever reason they didn't just fall out as normal and were causing her problems. She came through it fine and hopefully will heal up quickly.

Tomorrow is Abbie's 11th Birthday party. These kids are growing up so fast it makes your head spin. She has mostly brothers and they usually get a remote controlled something or other so I thought it was high time she got one - a little red corvette, hope she likes it. 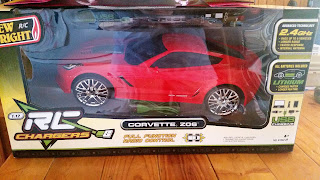 We have a guest

Dale is still hospitalized and we're not sure if/when he'll be home. He asked us quite some time ago to take Elke if anything happened to him. So, here we are. 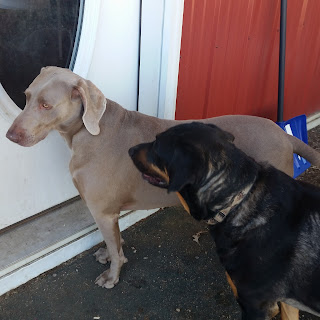 Cooper is ecstatic, he thinks she's wonderful. She's not too sure. They are similar in size and neither is very gracious inside. The rugs go flying, chairs slid out of the way, we haven't seen how sleeping arrangements will be yet. 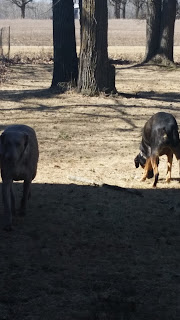 Elke is a weimaraner and got her name because she can't control her "licker", I classed it up a bit with the spelling, she has to have her dignity after all :)

Email ThisBlogThis!Share to TwitterShare to FacebookShare to Pinterest
Labels: Dogs

End of a long week

So glad this week is over. It wasn't necessarily bad, just overwhelming at times.

Dale is showing signs of progress according to the grape vine. He is still having issues with kidneys but I guess that's to be expected.

Angie and the boys were planning on visiting today but Rowan has a bit of a fever and is throwing up. He had shots yesterday so, hopefully, that's the reason. Either way she decided it wouldn't be a good day. We don't have big plans, Frank has been tired alot this week, he's sleeping again now. I suppose I'll do laundry and assorting cleaning, maybe even more de-cluttering. 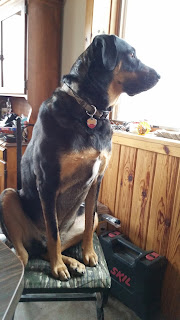 Coop is on the lookout. He likes to make sure he's on top of things in case there's call for him to have a conniption fit.

We've had a lot of wind but warmer temps so the snow banks are disappearing to reveal some much needed cleanup - have to add that to the list...

Email ThisBlogThis!Share to TwitterShare to FacebookShare to Pinterest
Labels: Cooper

We have a friend, Dale, that stops over for coffee and chat and, like the rest of us, isn't getting any younger. He has breathing issues similar to Frank, years of welding and smoking takes it's toll. He was over a week or so ago and he didn't look good. He's been having issues all winter. Well today his nephew checked on him and he was unresponsive on the bathroom floor so they got him to the hospital but we haven't heard anything tonight about his condition. We will check on it tomorrow but in the meantime we will be thinking of him and hoping for a good turnout... 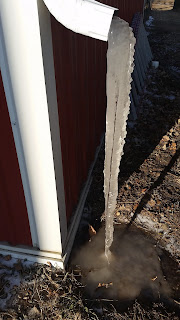 Update: We got word today 3/16/17 that Dale was airlifted to Fargo. Word is he has an infection in his blood, doesn't sound good.

Today was Mister Milo's 7th Birthday - time flies. He was in a good mood :) We had a good time at the party and the kids seemed to too. We came home after and watched some T.V. and that's about it, lazy Saturday. 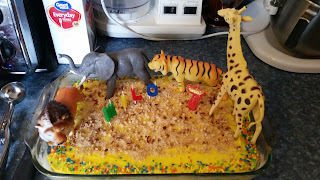 He decided on a Safari theme this year.

It's that time of the year again - Tax time. Yesterday I got everything ready to go to the Tax Man, glad that part is over! The wind wasn't howling this morning like it has for the past 2 but it was still cold but I guess we're just spoiled lately. Tonight it's supposed to be 30 degrees below the donut with wind chills - yippee. 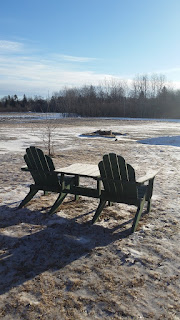 I made a new recipe tonight for card night tomorrow, Chocolate Chip Peanut Butter Cookies. They are a recipe from Taste of Home, they always have the best recipes.

Now it's after midnight so I better toddle off to bed...

Is it Spring? Or Winter?

Yesterday it was about 50 degrees and rainy. This morning it is 21 with a "real feel" of 4 - uffda!
26 mph winds from the west and a skiff of snow. I imagine the roads will be icy so I will stay on dirt roads on my way to work, as much as possible that is. Last time I took Hwy 71 in this kind of weather I was almost blown off the highway because of black ice.

Frank has been working on his "new" pickup. He thought he may have a rear end issue but now it looks like just brakes that fell apart, that's a relief. The damp air was no good for him yesterday so he didn't get too far on it.

This coming weekend will be Milo's 7th birthday party, they grow up too fast... 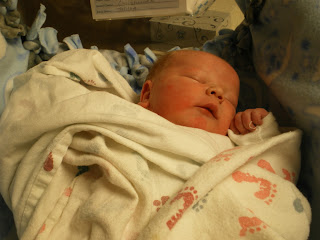 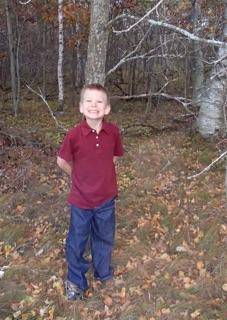 This one was taken this past fall, what a handsome boy :)

My allergies have kicked up this past week, probably due to the nice weather and alot of snow melting. Today it's about 40 degrees but very windy, another thing that kicks up the allergies. There are many sufferers out there and it's just earlier than normal this year.

It has been 2 years ago today that Mom left us to reunite with Dad in heaven. I still miss her terribly but am still glad she didn't have to spend long at the nursing home, she would have hated that. You don't realize how closely knit to your being and your life that your parents are until they are gone. I guess I'm still healing... 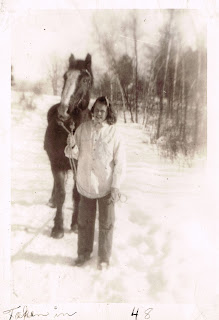 Mom with one of her horses - She was about 14 in this picture and is one of my favorites.