The Gift That Keeps ON Giving 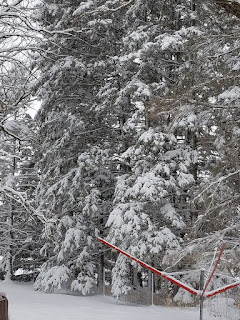 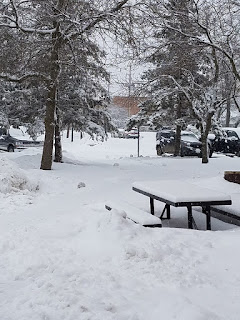 This week was the pits.

I am "self-employed" but what that really means is that I have many "bosses" and not just one. Since it's my policy to refuse to make this blog about work, I will leave it at that. On the upside the colleague that had the stroke has made miraculous progress.

The Coop hound is still struggling with his hips/knee. I am giving him glucosamine but he's just not coming out of it like he has in the past. He refuses to stop the incessant jumping when someone comes, that doesn't help. I haven't let him out to run, keeping him confined to the fenced in area. Elke isn't impressed with that plan because since Cooper can't run, neither can she.

I spent some time watching YouTube videos on sock knitting. I like the idea of knitting them on circulars because I'm not a fan of DP needles. I'm just not that coordinated. I have had this sock yarn for almost 2 years and I'm bound and determined to make socks. More on that later...

Tomorrow is our Granddaughters Birthday party. She will be 12 already! I found her some cute girly fun stuff, we only have 2 girl grands and one is older and not around much so it makes it fun to find stuff for her.

Card night was a bust too - we were one hand short of being skunked.
I sure hope this next week is better.
Posted by Deb at 1:23 AM 1 comment:

Milo's first Taekwondo tournament was Saturday. He was a bit overwhelmed but he did really well. He got 1st place in his pattern test! He had just belt tested so it was a new pattern that he hadn't gotten much time to practice but he nailed it. He was disappointed in the break test but, again, a new one he hadn't done before - run and side kick. He broke it on that one but didn't on the straight down kick but he wasn't alone.

We stayed for almost all of it but left just before the sparring competition. Frank and I both had been on the bleachers too long and it was leave then or be permanently stuck to that bench. We chose to go and enjoy the pictures and videos that Mike and Ang would share with us. 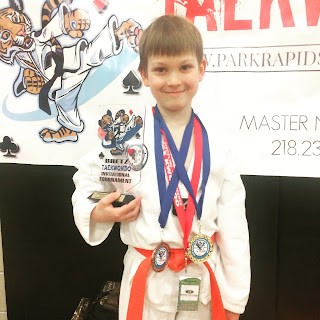 In other news, we got the car!! I'm still kind of in shock. I love it and am getting used to the bells and whistles and it has a lot of both. It's our first BRAND NEW car!

So two good things and one terrible - my work partner suffered a stroke Saturday morning. I got the call from a mutual friend that they had airlifted him to Fargo and that it didn't look good. It was on my mind all day but I had the tournament to keep my mind on better things. Sunday morning I got the call that he had improved significantly overnight. He could talk again but his speech is still slurred. He hasn't been up walking yet. I called him Sunday afternoon and he called me this morning. He was sure they would let him go home today - he was pretty miffed.

I'm hoping and praying for continued improvement...
Posted by Deb at 11:20 PM 1 comment:

This car has been dependable and has most everything I want except - bluetooth. In my profession I have a phone in my ear most of the day including when I drive. It would be nice to have the hands free, control from the steering wheel option. Ok, and it's not all wheel drive either. Most of the time that's not a biggie but there have been times where 4 wheel drive would have come in handy. Like just last week.

I was shocked at how many miles people put on their cars! Most of the ones we have looked at have well over what my 13 year old car does. I have a hard time paying the kind of money they are asking for a vehicle with more miles than the one I have now. I'm not a jet setter, I drive to and fro and occasionally go on a road trip but in the 9 years we've had this Saturn I have only put on about 65,000 miles. Either everyone is commuting or they just drive more than I do - A LOT MORE.

Then there was the discussion of buying new. That would be a first for us. And I found one I really like... 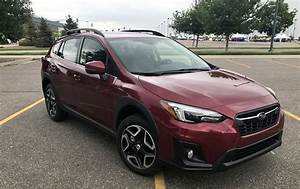 It has all the bells and whistles to be sure. It's snazzy and all but we've paid less for houses! We entertained the notion of leasing also.

In the end we still don't know. We're getting wishy washy in our old age I guess. We decided that we don't HAVE to decide. We will go look, do a test drive or two, and probably buy someone's, hopefully well taken care of, used car.

Email ThisBlogThis!Share to TwitterShare to FacebookShare to Pinterest
Labels: Car

Today is Mister Milo's 8th Birthday. Yesterday was his party and it was a lively event with 7 kids all giggling and screeching. The theme this year was Batman. We gave him a book about how things are made and one of paper airplanes. He's into those things right now. Mike and Angie gave him an invention kit (among other things). He will  have lots to do for awhile. 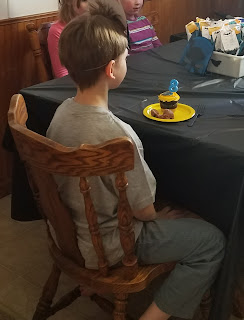 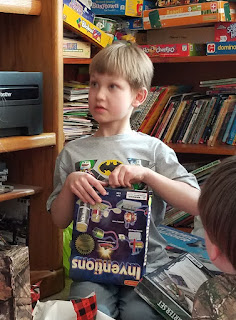 Weather is warming up some and spring is on the way. After all, we "sprung ahead" this morning!

Talked to Crystal yesterday. She called all excited about a new sub business they are getting into hosting/organizing flea markets. They call it Pickin' and Grinnin' and they have their first "event" mid May. I may have to make the trip to South Dakota to check it out. 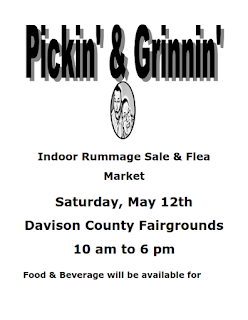 A picture (or two) is worth a thousand words

This was the situation at our place yesterday... 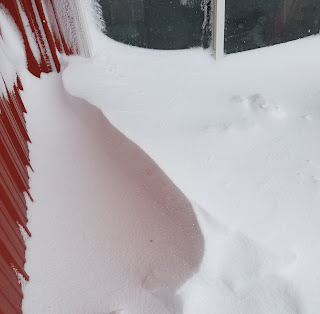 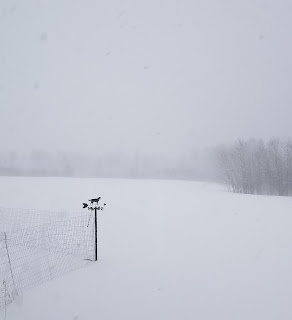 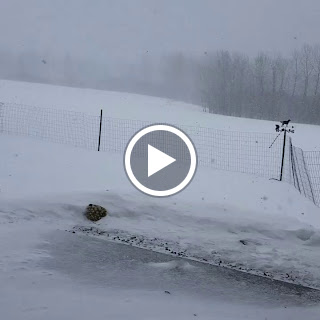 Time heals all wounds - Or so they say

3 years ago today my Mom passed away. So far it hasn't gotten any easier. Maybe if we wouldn't have been so close it wouldn't hurt so badly but, if we weren't I wouldn't have all the memories either. 6 of one half a dozen of the other, I guess.
A day doesn't go by that I don't think of her and all I hope is that she and Dad are back together again. I feel like they are and so, I believe they are. 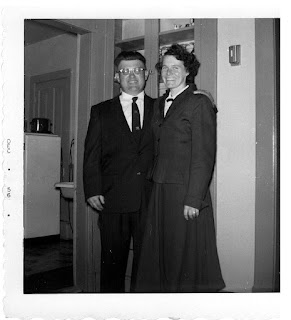 Email ThisBlogThis!Share to TwitterShare to FacebookShare to Pinterest
Labels: Family

This past week has been a whirlwind at work. Crazy busy!

The highlight was Monday night when Milo had his belt test in Taekwondo. This is his 3rd test and this one was for the solid orange belt. He nailed it! I could see a huge improvement in his confidence and also his sportsmanship. He worked so hard at the last test and had to redo quite a few times. This time he finished first a few times, he was SO proud of himself. This is working out so well for him. On St. Patrick's Day there will be a tournament and he is registered for that - I can't wait to go watch! 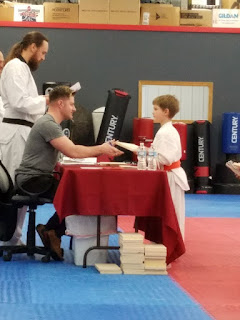 Weather has at least been decent this week. Above freezing during the day so our "ice rink" driveway is all melted - yay!

We even came into March "like a lamb". Mother Nature probably has some real doozy lined up for us since we'll no doubt go out "like a lion". Now, THERE'S something to look forward to.